kuchinoerabujima is in tawn yakushima.

We would like to thank you for your interest in the Kuchinoerabu- jima Island. It is a small island with an active volcano, no industries and no companies. 110 people are living in 70 households. With a population of 173 people in 1993, today's population has not decreased significantly compared to one 20 years ago. This is a miracle, is not it? Why do not you visit to the Kuchinerabu-jima Island for a while, and explore its secrets ? 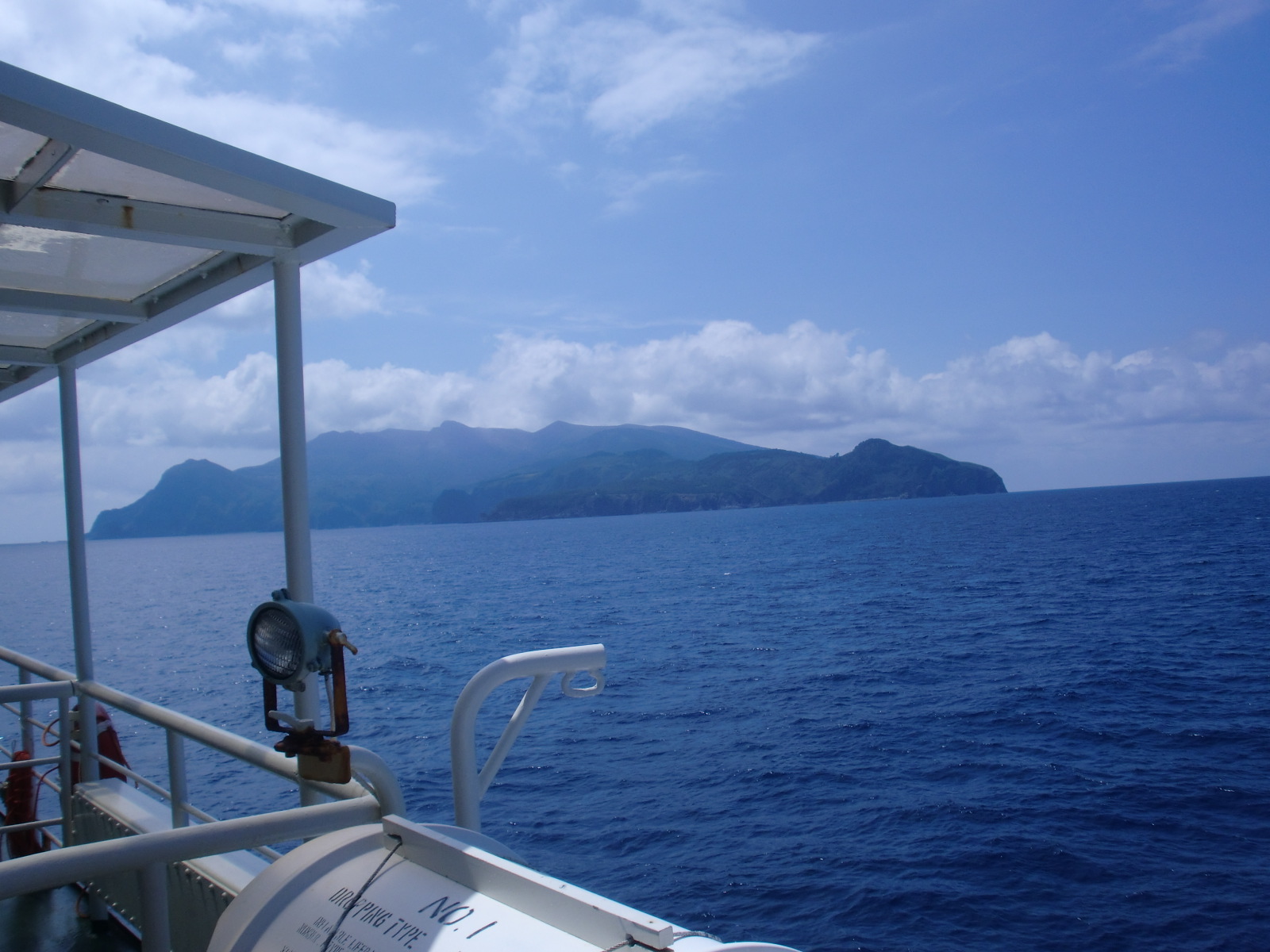 The entire area of the island of Kuchinoerabu-jima is designated as a national park on 2007. In addition, on 2016, the island is designated as the Biosphere Reservers under the Man and the Biosphere Programm by UNESCO.
Its nature is rich and also includes hot springs. The islanders are blessed with mountain vegetables and seafood. The people, values and passage of time on Kuchinoerabu-jima is different from the cities.
The island does not have any luxury facility for tourists. It's not an island with resorts, but it can be said would be the island of healing.
Every tourist that stays long-term is sure to be met with unique islanders and nature.


There is currently an active volcano on Kuchinoerabu-jima.
However, we islanders lead a life safely. Guest houses are open. You can not enter within 2km from the volcano.

On May 29, 2015, at 9:59 local time, the volcano had erupted.
In those daies, all residents of the island and tourists (about 140) has been evacuated to the Yakushima island by a ferry boat. One person (72 years old, man) suffered minor burns. 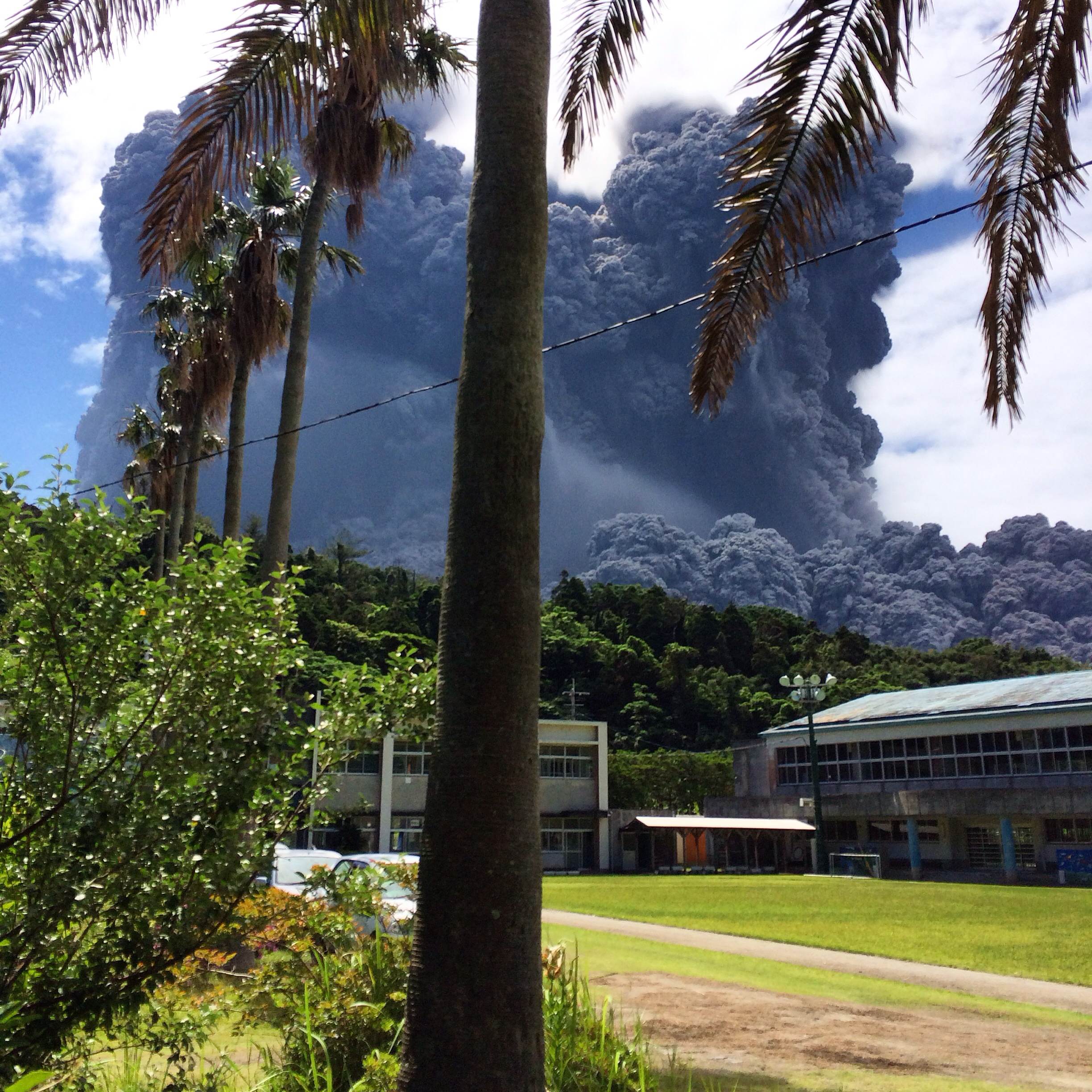 Photo by Mr. Ryo Futagami (14 years old, Student of junior high school) at his school ground on May 29th, 10:00, one minute after the eruption.

four minutes after the eruption. 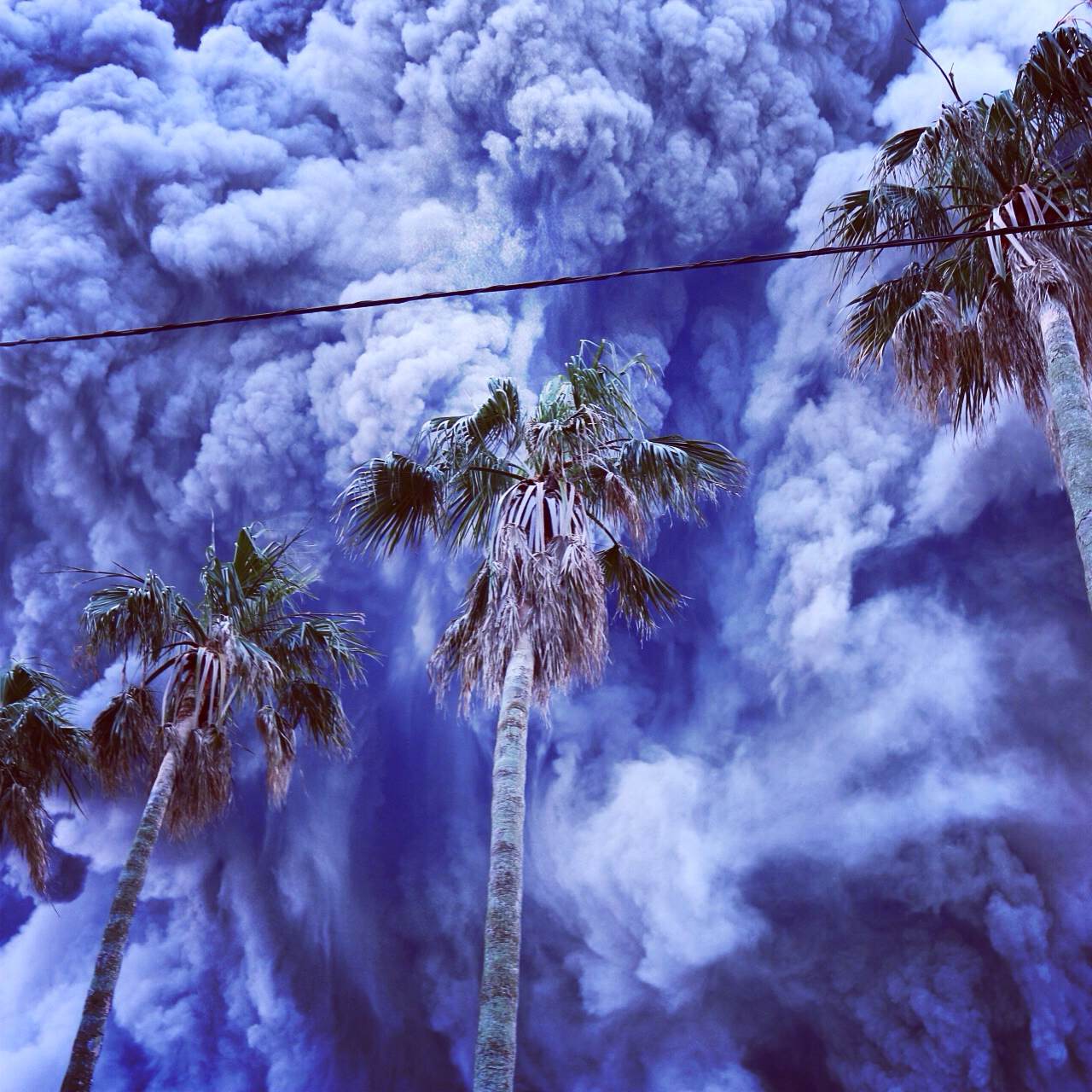 Photo by Mr. Ryo Futagami (14 years old, Student of junior high school) at his school ground on May 29th, 10:03, four minutes after the eruption.

The volcano, which had last erupted in 1980, erupted on August 3, 2014, at 12:24 local time.
Residents of the neighborhood were evacuated to Banyagamine hill about two kilometers from the village. There were no injuries and damage reported. 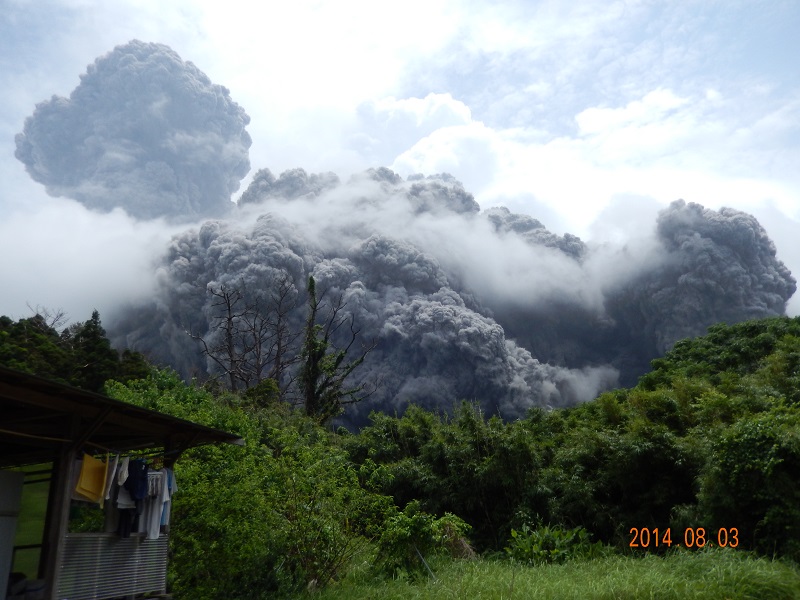 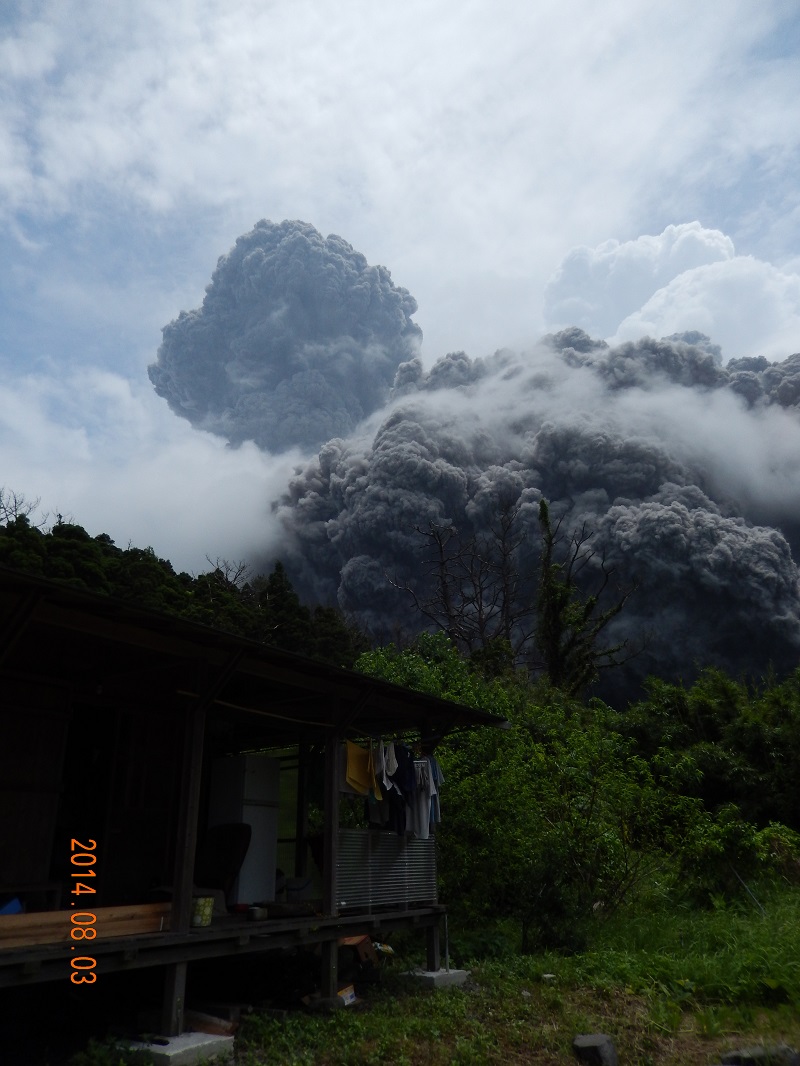 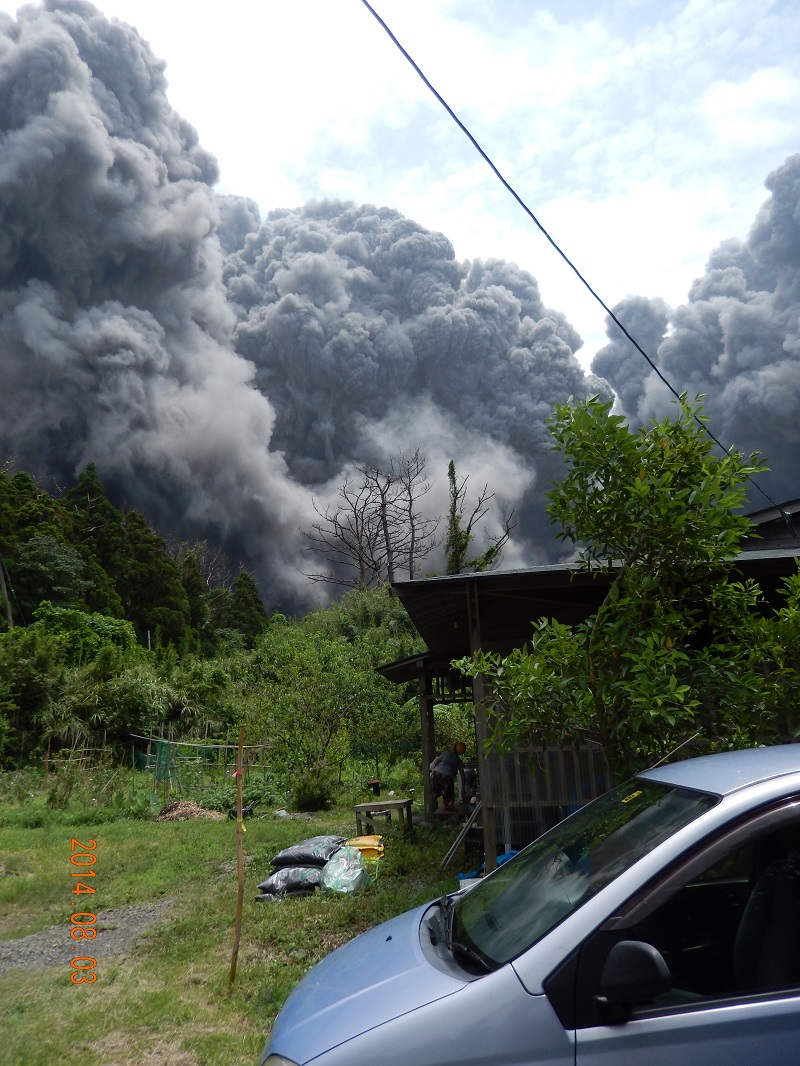 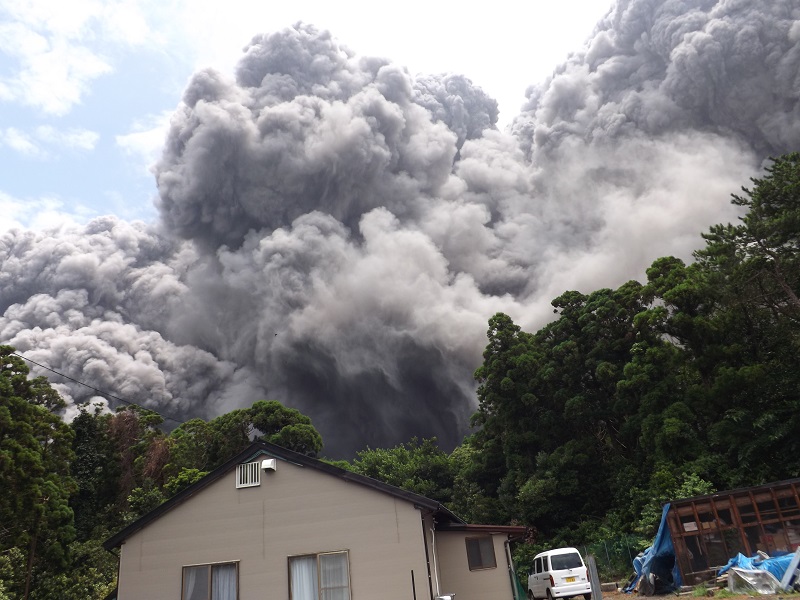 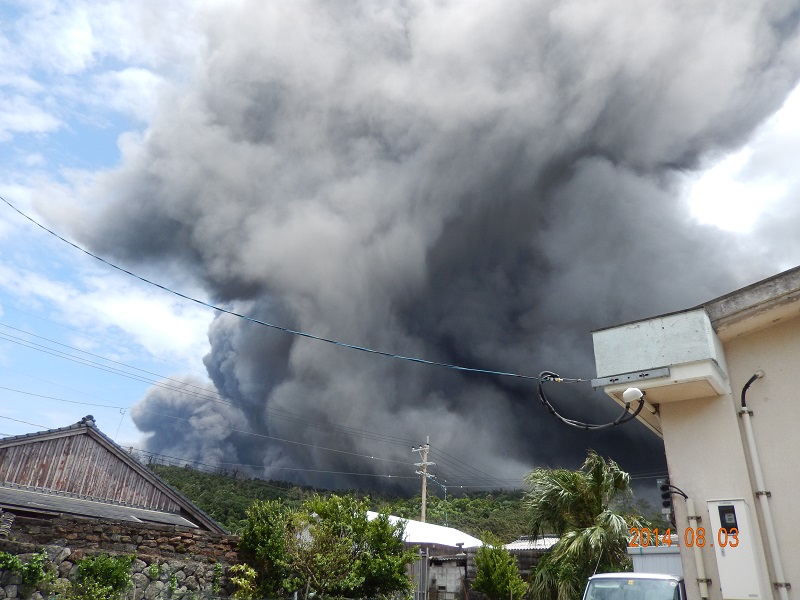 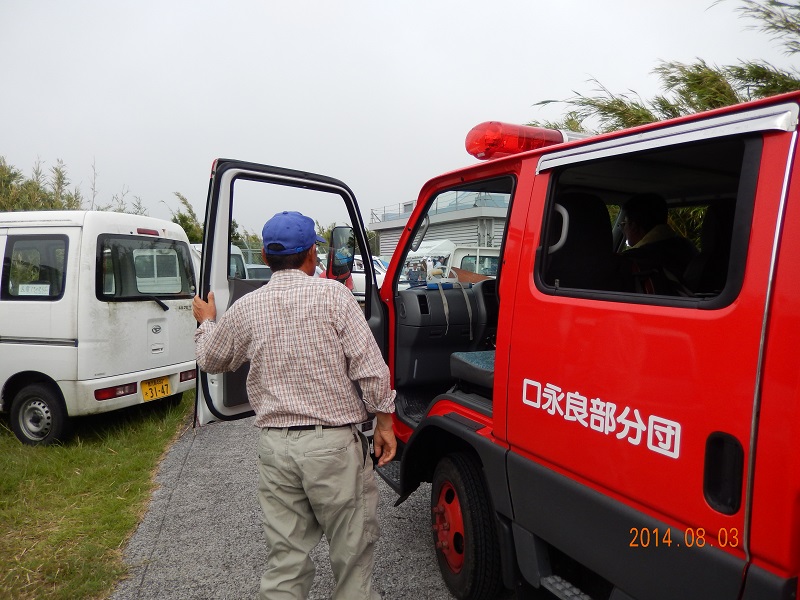 Photo by the site administrator

The Kuchinoerabu-jima Island is surrounded with a rich and beautiful sea. In the sea, one can see the mysterious coral reefs, sea turtles and lots of fish. 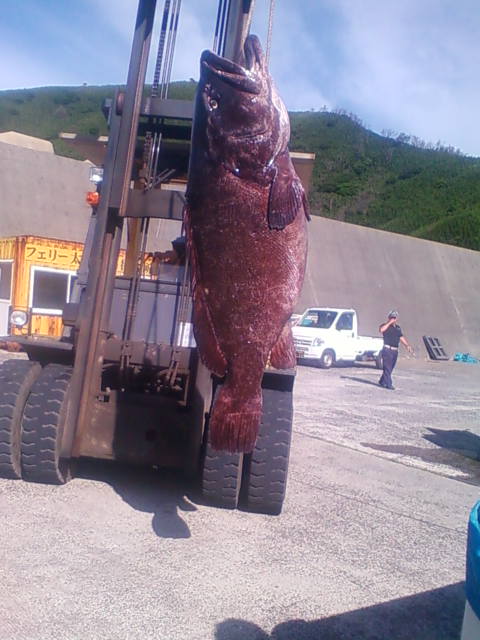 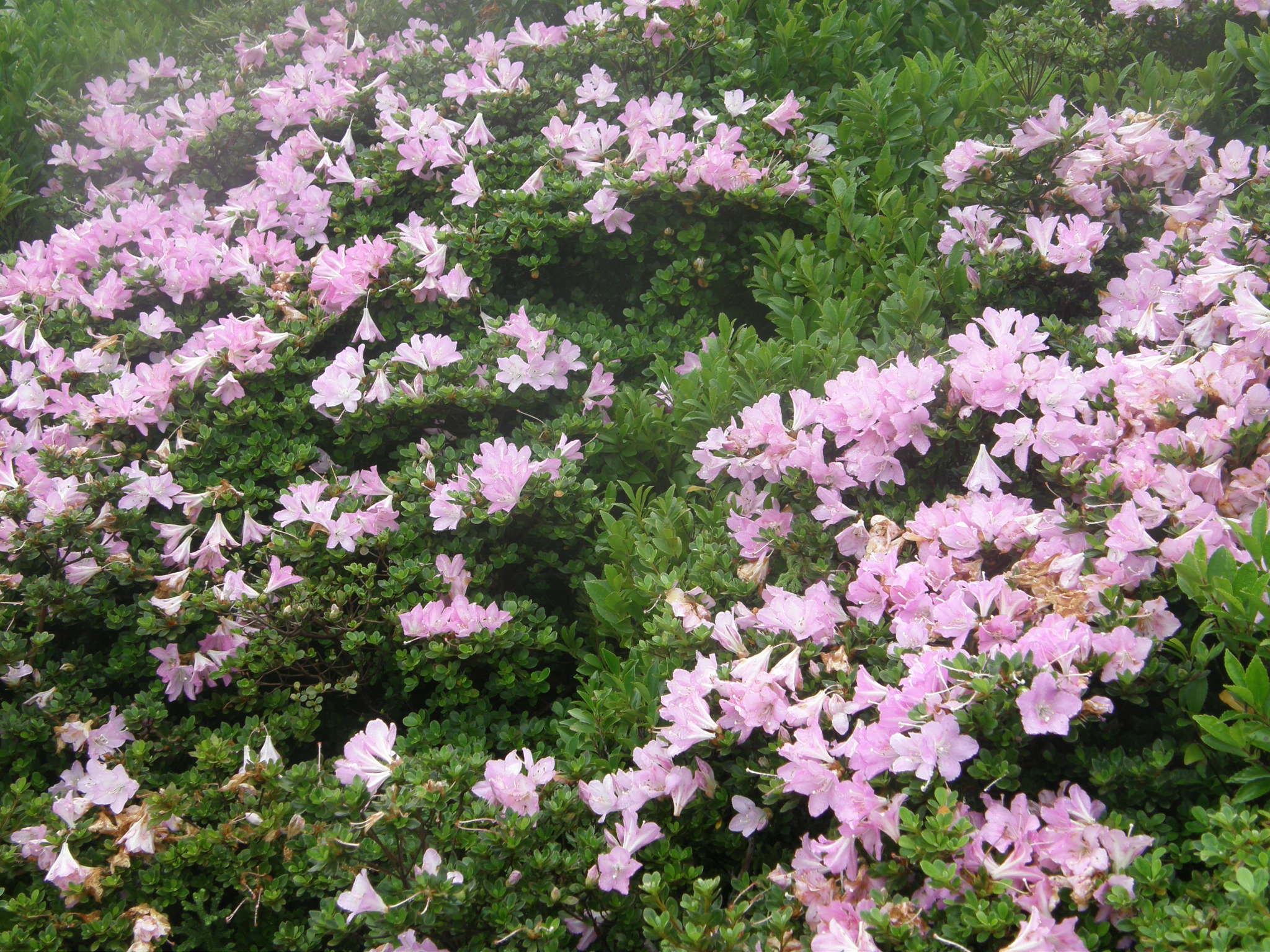 Maruba Satsuki
The flowers bloom from June to July. In July, the southern slopes of the summit near the volcano are dyed pink. It is possible to distinguish the pink slope from the foot of the mountain.